"Scratching Borders" aims to scratch away patriotism and Nationalism. Culture, in it's essence is what matters and the unity of all cultures brings us to the core of what humanity means. Scratching Borders wants us to re-connect with the beauty of diversity and by scratching away all flags, there can be only inclusion.

A boxer with sanding paper Gloves and a mosaic mask.

He punches his mosaic masks, representing the deconstructionof political identity.

When the mosaic is removed from the face, the boxer hits the flag, scratching finally "the Borders" beteen his real self and his constructed identity, imposed by the political society..

What remains from each performance is the Scratched flag with the positive word emerged and the mosaic pieces.

I also reflect on the fact that many refugees and somecases emigrants manage to only "Scratch The Border" of a country when attempt to move in. And when on border, after many hours of travel they are stopped, detained and sent back to the country of Origin.

My recent personal experience in Miami Airport for example. I have been detained for more then 24 hours in a cold room, without my items and no possibility of outside contact beyond one phone call, before entering the cell.

The first of the next series was performed in the Atelier of Orode' Deoro in Milan, It was denied Entry to USA in December 2016, and performed again on the border with North Korea in the DMZ area in occasion of Pyeongchange culture olympics, in February 2018. 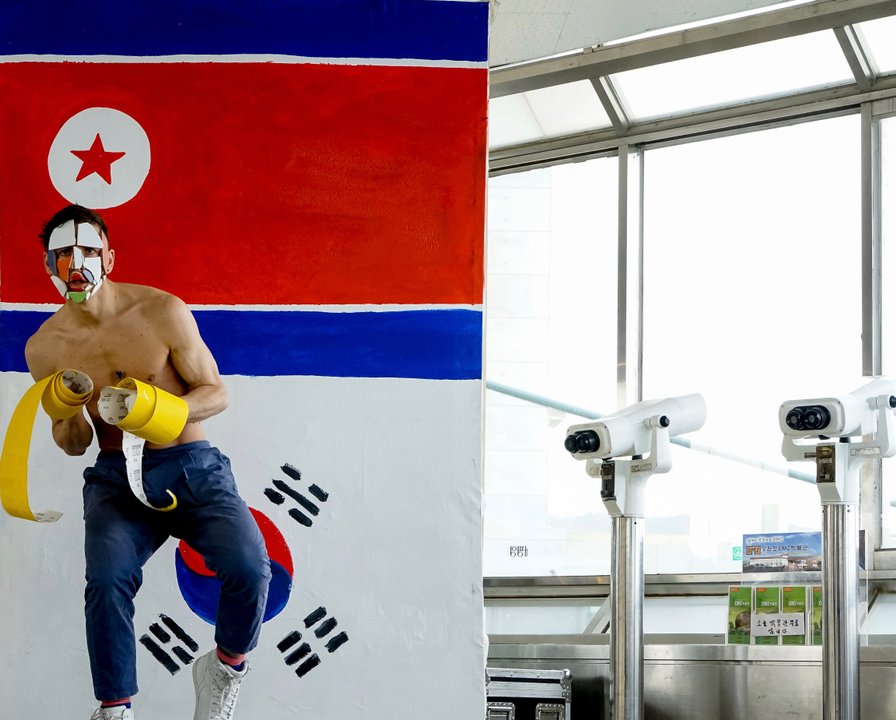 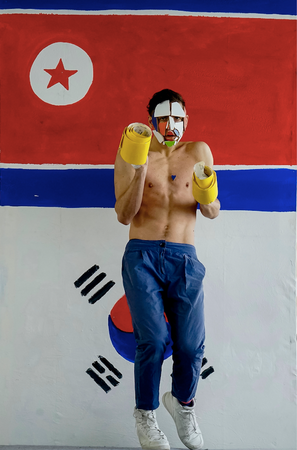 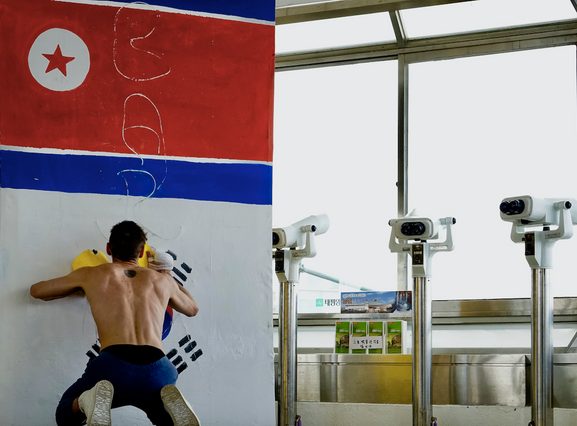 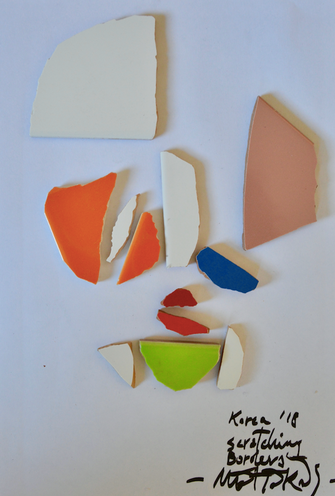 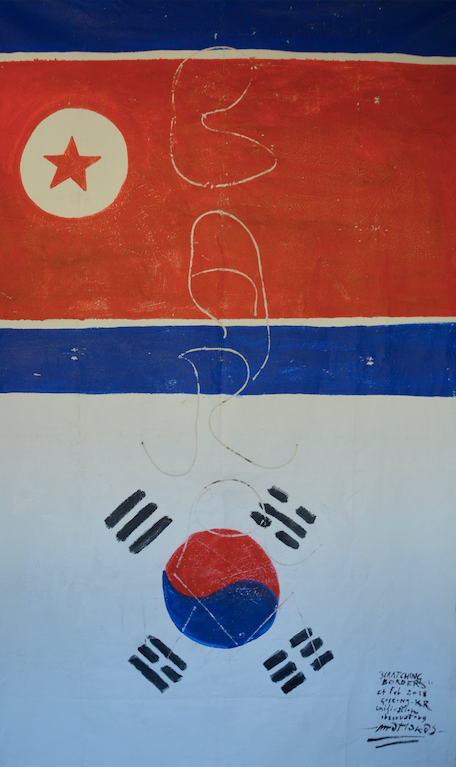 In The pictures: The remaining of the ceramic mask used during the performance.

The remaining flag after the performance with signs of sanding paper.

Baram: "wind of peace and Hope" 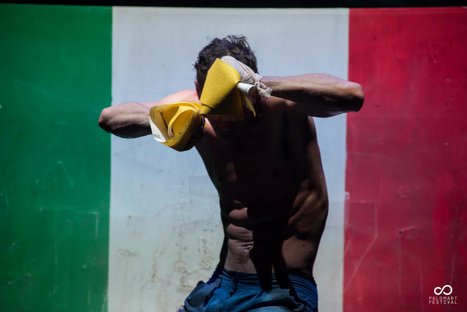 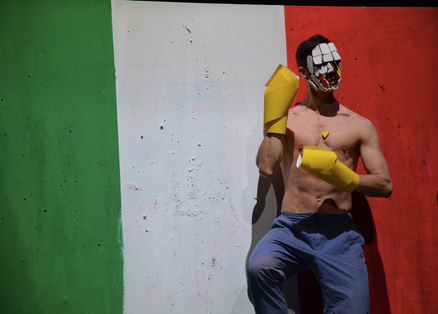 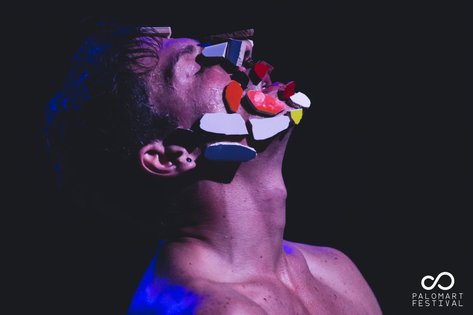 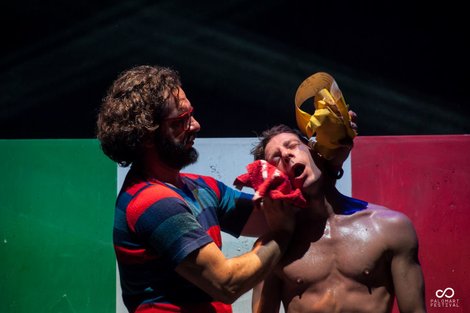 Above:  Photos by Nello Rosato 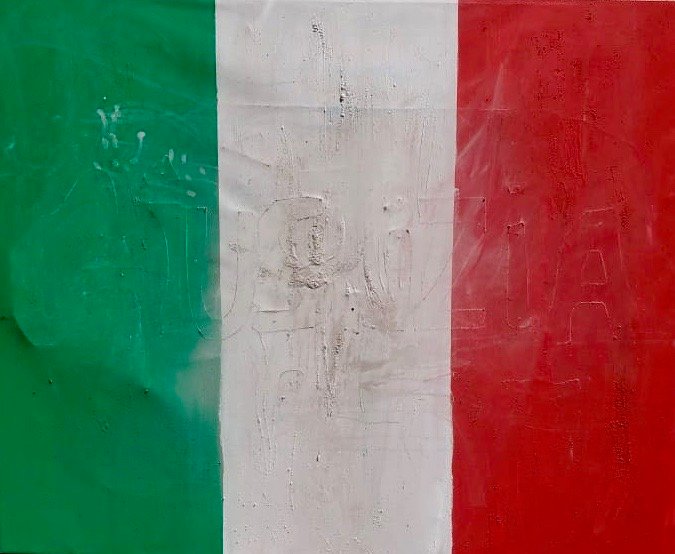 Above Photo of the final Scratched flag at Teatro Bellini di Napoli. With the word in frottage: "Giustizia" (justice). 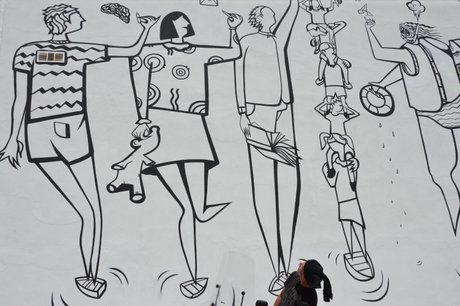 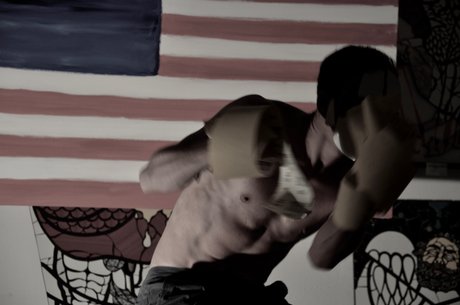 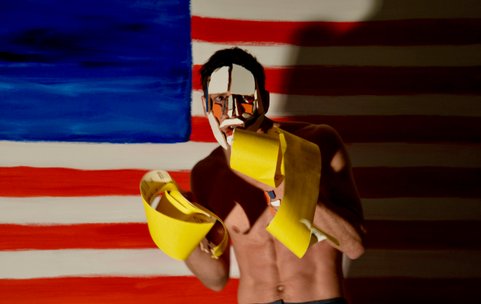 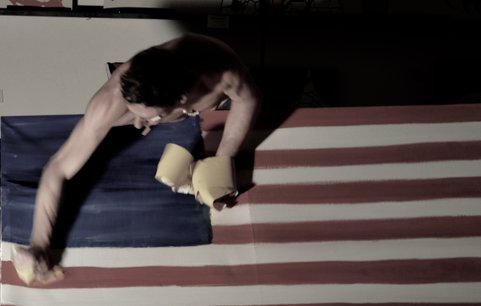 Photos by Guia Bianchi, At Orode Deoro's Atelier in Milan, 2017 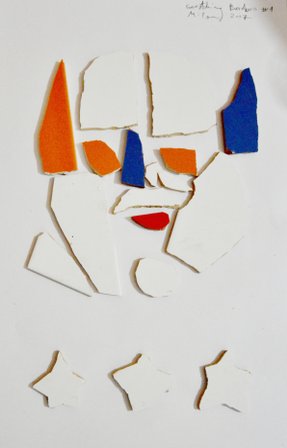 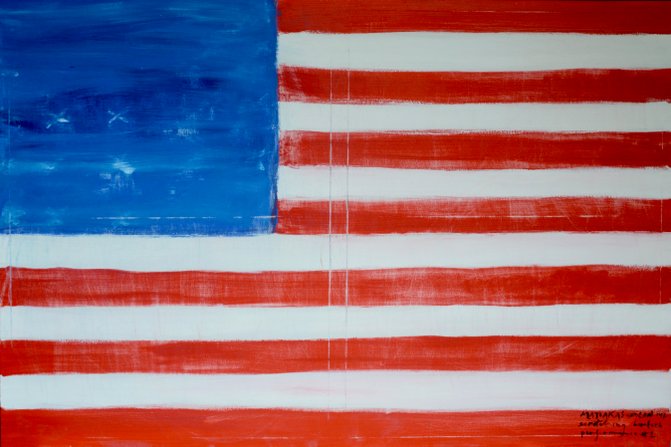 In The Pictures: The remaining of the ceramic mask and the stars attached on face and right arm during the action.

The remaining flag after the performance with signs of sanding paper.