The action began by searching for the Original Armenian Uniform, boots and hat, after a while managing to find an original uniform and boots of my size who was borrowed by an ex military, I had to find the hat, which was borrowed by a current young armenian soldier.

During the performance, wearing Armenian Army Uniform, who was borrowed by an armenian friend, I carried a large tufa red stone on my shoulder & held a white flower on one hand and slow walked through town. The work consists in an energy healing walk focused on the Nagorno-Karabakh conflict.

My idea was to create the image of a soldier who walks in slow motion, reflective, showing his inner world, a soldier who slowed down & thought about the cyclic past of human kind, which is represented by armenian stone & links to culture & history. The white flower is the icon for a blossoming future.

The action lasted 3 hours & documented for about 1 hour.

Performed on the border city between Karabakh/Arzach and Azerbajan 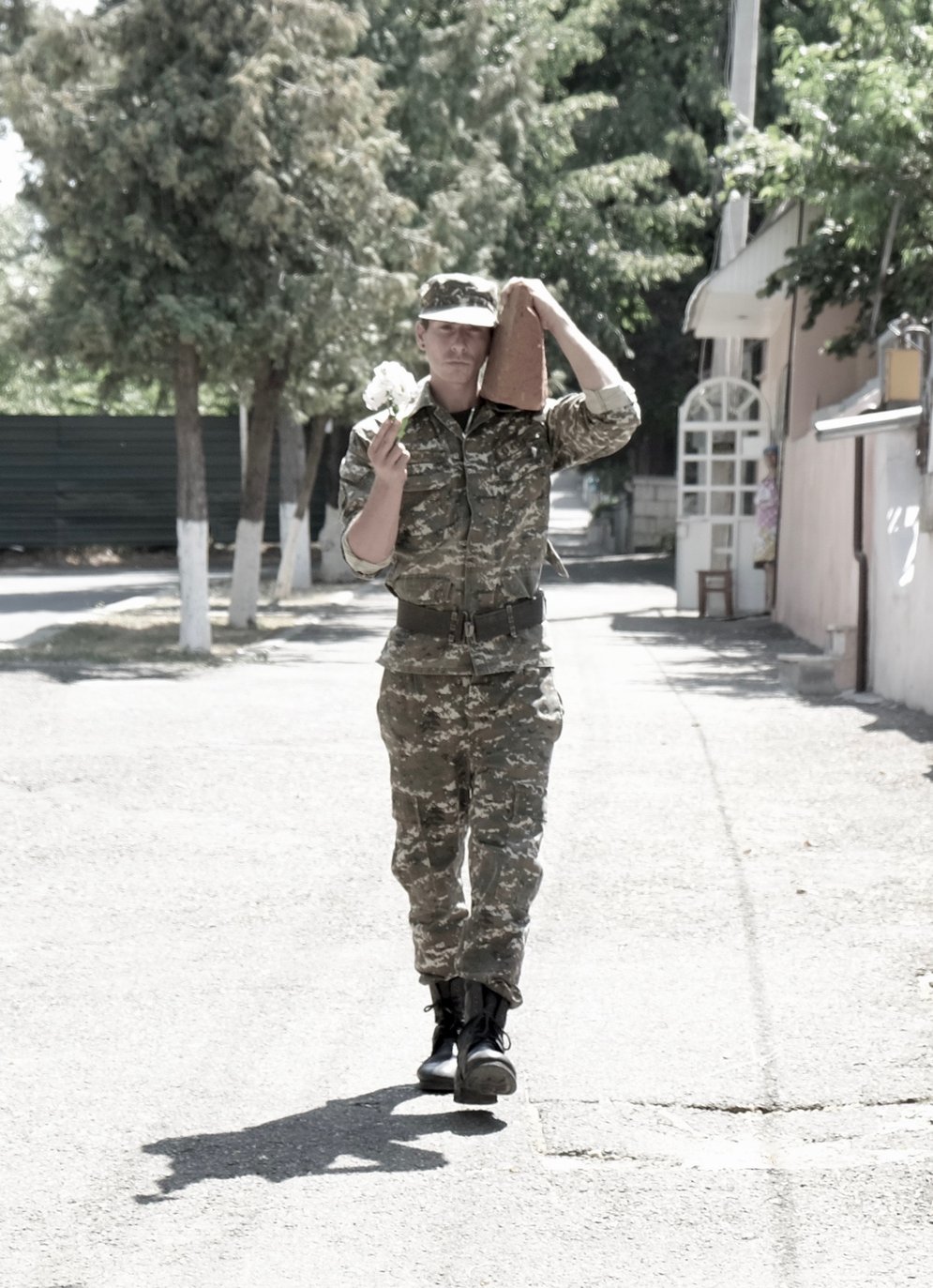 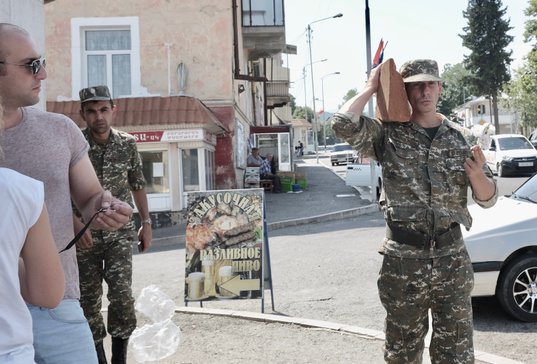 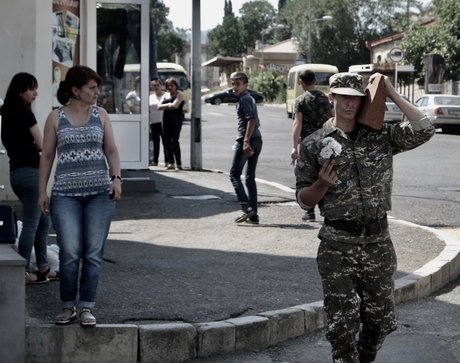 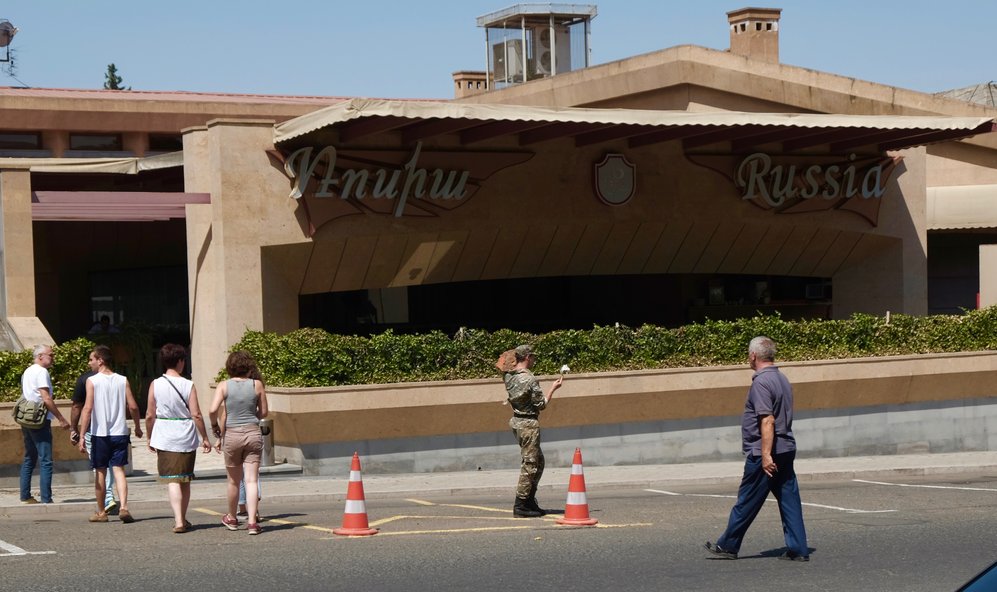 Special Thanks to Arpine Akyobyan,