The aim of Atelier n.4 was to achieve a sort of liberation through a creative talk. Participants were choosing a topic to discuss together in the room for an indefinite time. The conversations were broadcasted across the whole university building. 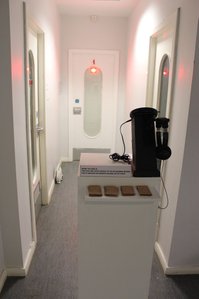 Participants were required to listen to a message before entering the atelier. 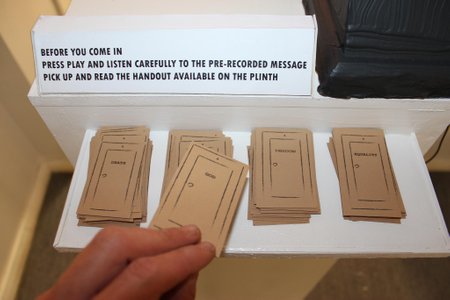 Participants were also required to choose one of the four topic cards.

The four topics of discussion were: God, Equality, Death and Freedom. 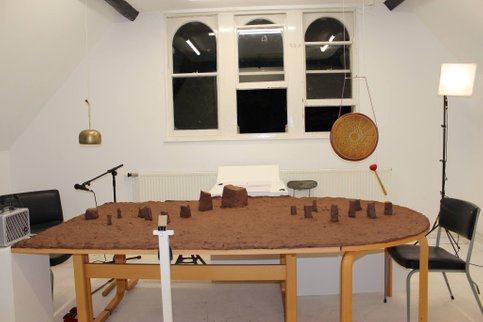 During the discussions, participants were invited to converse openly as well as sketch and manipulate the clay laid on the table, resulting in a landscape of conversations. 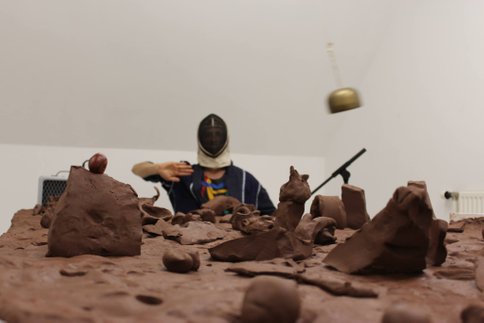 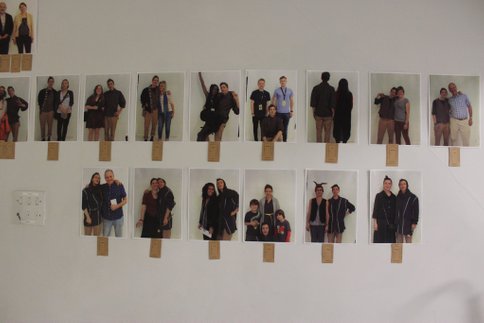 After each conversation, a photograph was taken of participant and myself to represent the connection we built during the conversation.

Atelier n.4 is a practice I wanted to make possible because it shows clearly that from the simple interaction of two people having a conversation something new can come out. New ideas and concepts, but also the opposite; disagreements which sometimes takes us to yet new understandings. Before entering the room, participants had to listen to a pre-recorded message. The voice, sounds and pauses were carefully cogitated in order to give a suggestive introduction to Atelier n.4. Then,  participants had to choose one card from the four at their disposal: “Equality, Death, God and Freedom”. Atelier n.4 was used as an “Incubator for transformation”. Rather than me being the artist giving my view on a certain topic: each member of the audience created it with me, using speech as the main media but also pen, paper and clay.

My aim with Atelier n.4 was to achieve a sort of liberation through a creative talk. During the five days, I had some kinds of sparks of liberation with some members of the audience whereas it was very hard with others. However, this is exactly the process intended, the project of Atelier n.4 showed the two faces of the same coin, as it is supposed to be. Moreover, my role was to accept that it cannot always be smooth, and that the struggle is part of any long journey. The conversations were also relayed outside the room, so that people could hear it in some parts of the building.