With this work, I would like to bring this work as it is about the emergency of global warming and it's a message of care for the planet. I made a wearable structure with an ice pyramid over my head that slowly melts. Whilst the ice melts I will position over my head, clay and coal that will also melt over my body and shirt, representing the soil and the oil industry spoiling the earth. The ice cube will be slowly melting on my head, highlighting the fact that human being cannot escape natural disasters as there is no escape but the earth we live in.

“Follow Up” represents the problems humans cannot escape where ever they go.

The Anthropocene era has to change its game and all species and elements should finally cooperate. This work responded with the world’s condition and it emerged during a trip to Iran when I was exposed to an emergency of severe drought, especially in the south.

I therefore first performed another work which was similar, its title was “Saffron Tears” where I put saffron in a 5 kg ice cube and I posed for 2 hours letting the ice melting over my head, holding it only with my hands. Saffron is very symbolic for Iran and in this case it represented the power and the remainder of the respect for nature that sustains us. Since then I began thinking about how I can work more on this topic and I built a wearable structure in Berlin with the help of my friend Kappa, a historical figure of the Seat Tacheles. I also built the container to create the pyramidal ice piece.

At the end of the piece, the shirt dirty with coal and soil will be kept to be displayed in the exhibition set up.

During the performance, I will be walking in the city whilst the ice over my head will slowly melt.

The duration of this work is usually durational but it can be adapted according to the festival time schedules and rules. 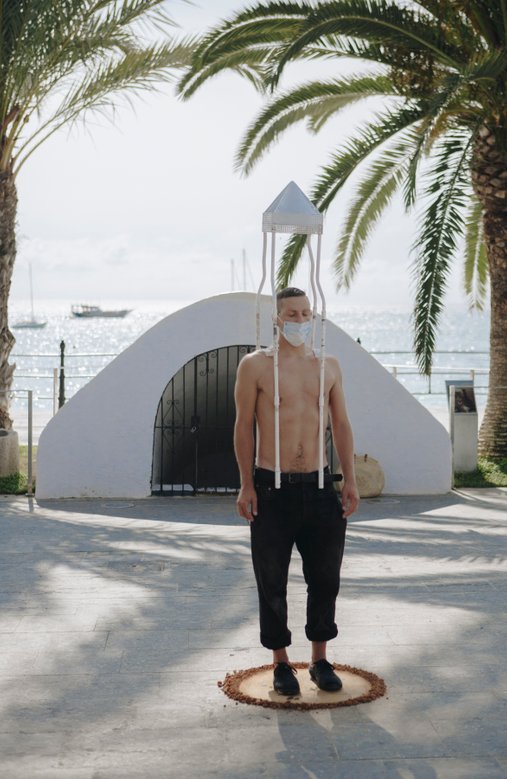 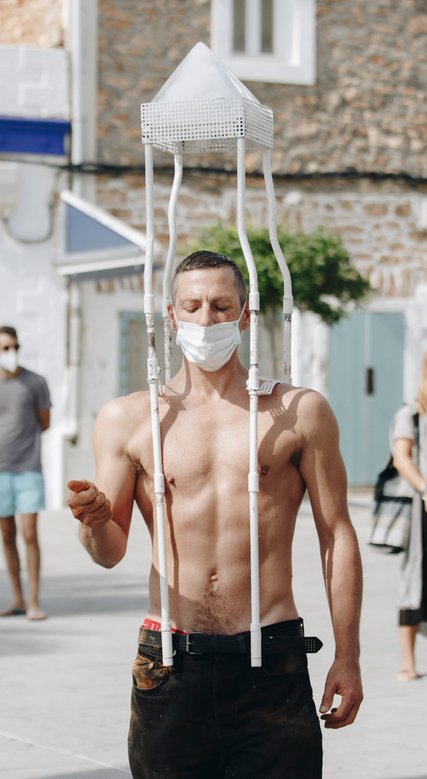 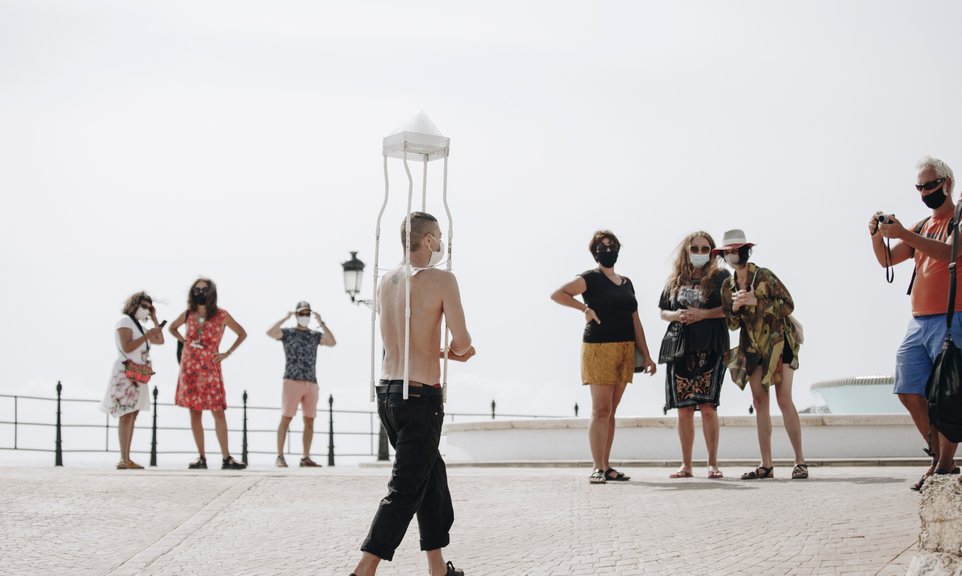 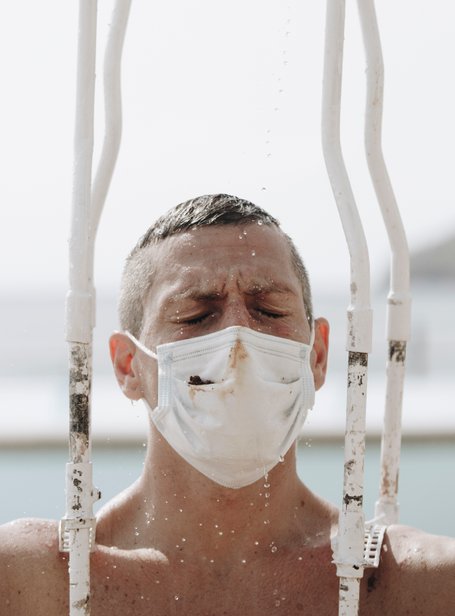 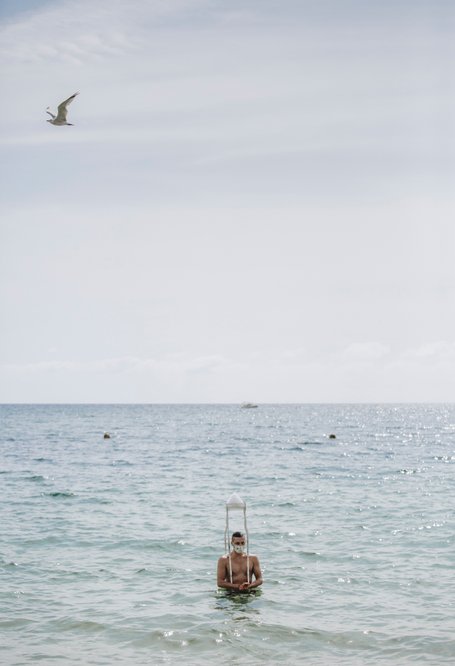 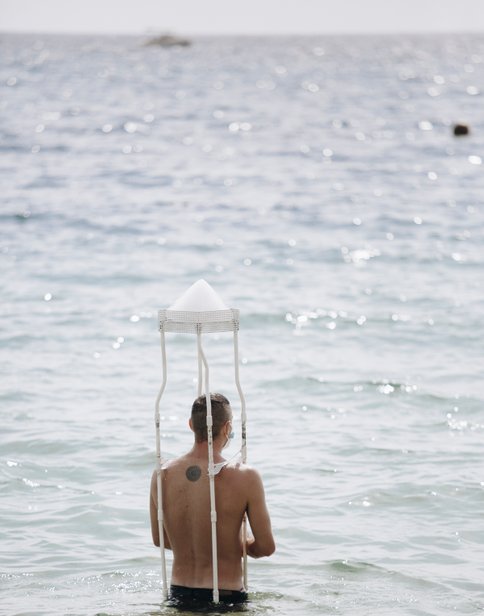 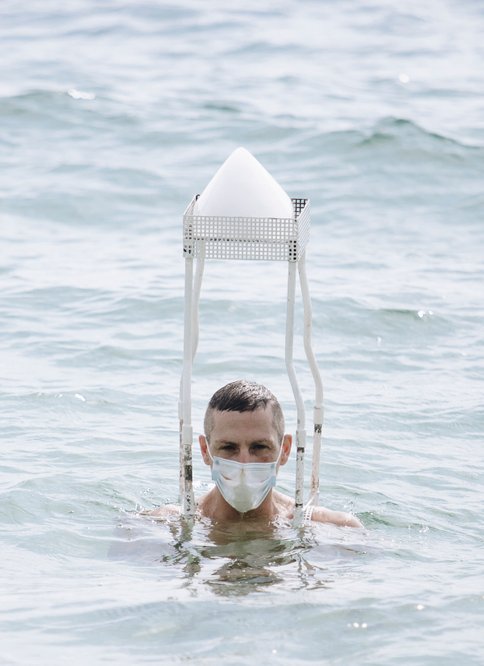