Performance, documentation and relics of the performance.

This work was created for the final exhibition celebrating the 30th Anniversary of Darat Al Funun, Amman, Jordan.

In this performance, the artist used mosaic technique on his own body, with the help of the students of the Mosaic School in Madaba. Matlakas, creates a piece where he slowly takes off each fragment of mosaic (representing the removal of each piece of self-identification), in search of the essence of humanity, and what makes us equal to one-another.

The artist plays a soundtrack with different voices of individuals speaking in different languages whilst he takes off the mosaic pieces from his body, representing the deconstruction of his cultural and political identity, in a reminder of the importance of not losing contact with nature as a developing being.

The preparation of this work took several hours and preparation with the help of graduate students from MIMAR, madaba School of Mosaic in Madaba, Jordan. after preparation in Madaba, The performance took place one hour away from the School, at the Roman Theatre in Amman. 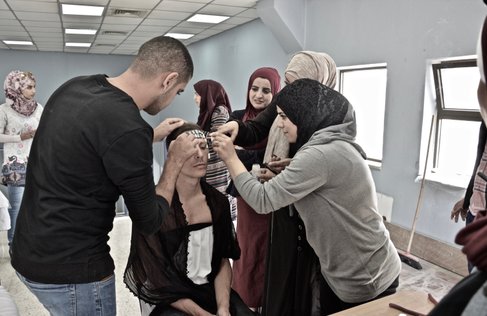 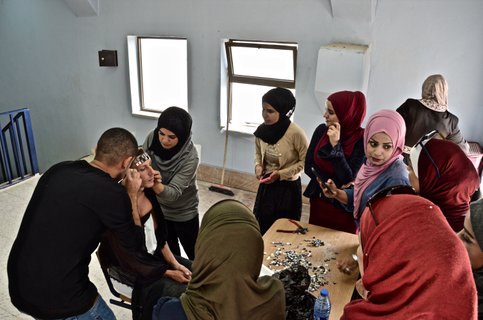 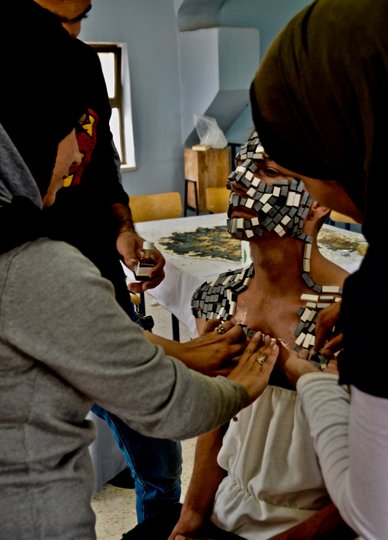 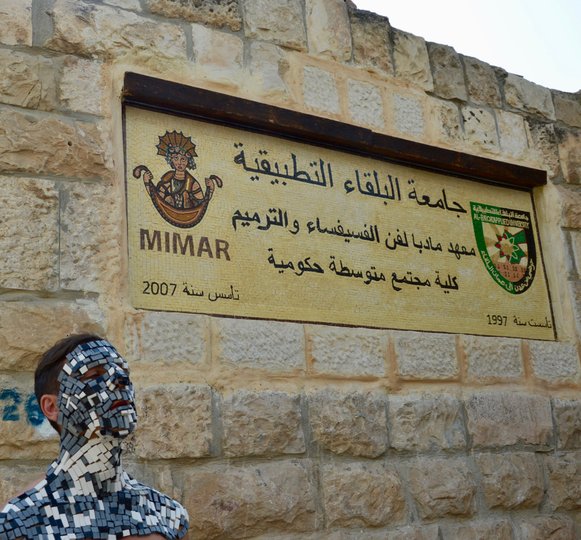 Above: preparation of the body/Installation with Mosaic pieces at MIMAR Mosaic School, Jordan, 2018 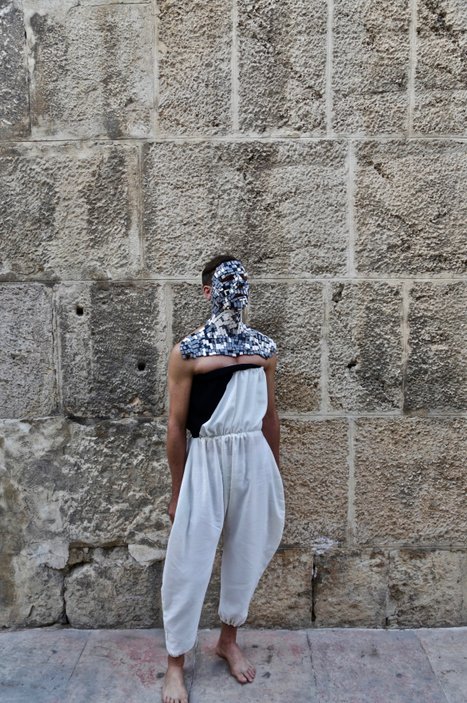 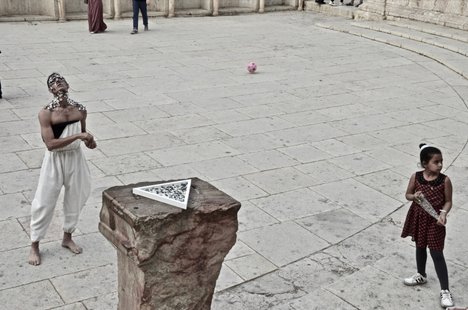 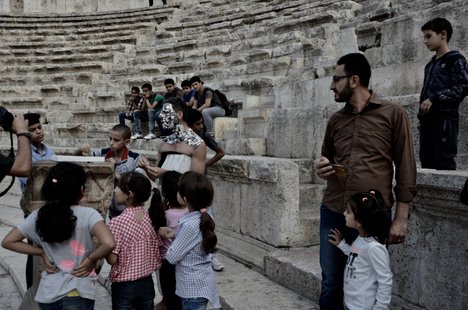 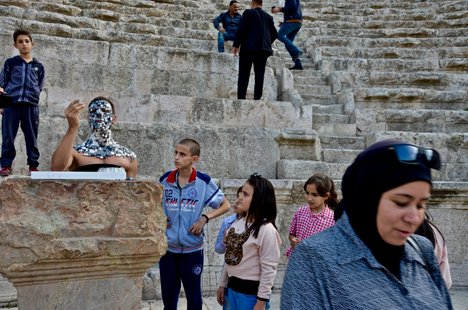 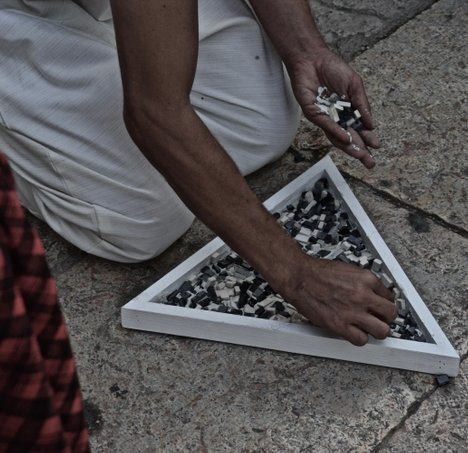 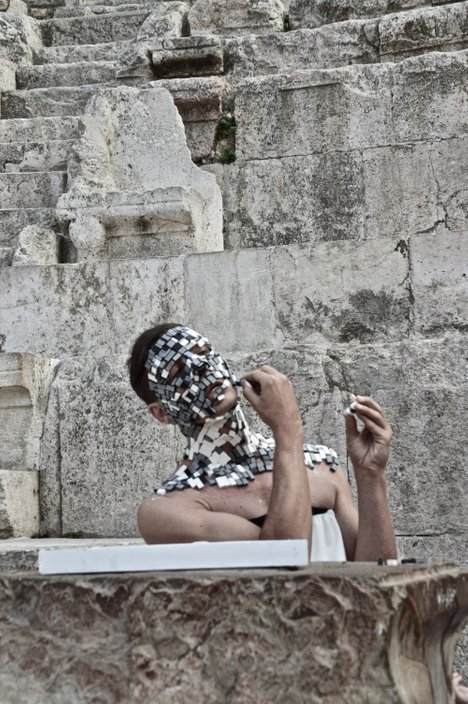 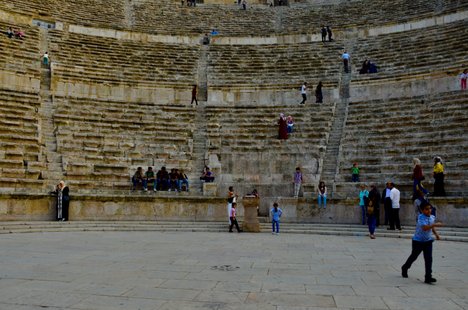 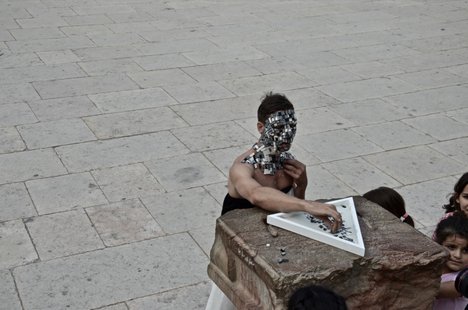 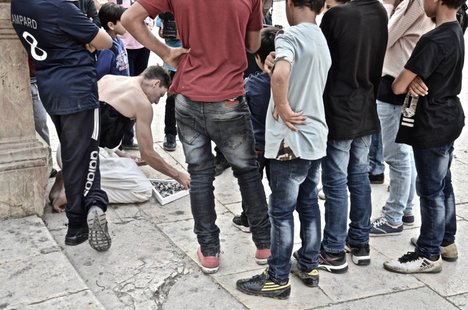